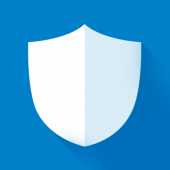 The average rating is 4.70 out of 5 stars on playstore.
If you want to know more about Security Master – Antivirus, VPN, AppLock, Booster then you may visit Cheetah Mobile (AppLock &amp; AntiVirus) support center for more information

All the apps & games here are for home or personal use only. If any apk download infringes your copyright,
please contact us. Security Master – Antivirus, VPN, AppLock, Booster is the property and trademark from the developer Cheetah Mobile (AppLock &amp; AntiVirus).

CM Security ranked #1 by the AV-TEST again! AV-TEST, a leading independent organization in Germany, conduct regular appraisals of all antivirus products on the market and hand it awards for excellence. Their award is regarded as like an Oscar in the field of IT security and antivirus research. AV-TEST evaluates antivirus software based on how well they can detect viruses, how user-friendly they are, and awards high-quality products their commendations.

★ Safer than safer: Intruder Selfie of AppLock
– Take a photo of someone who entered the wrong password twice
– Gotcha! The one who wants to snoop on my Whatsapp

★ With app lock, you can secure your privacy:
Lock apps – Lock contacts, WhatsApp, Facebook Messenger from prying eyes and nosy friends.
Lock settings – Prevent your children from buying unwanted apps/games and phone settings.
Lock privacy – AppLock for gallery, photos, and files.
The first applock which is compatible with Android L in the world

☆ #1 antivirus engine: Powered by both local and cloud engines, and supported by experience with 500,000,000 users and 16-years of history in the PC & mobile security industries. Repeatedly ranked first in tests carried out by AV-TEST and AV-Comparatives .

☆ Multilayer protection: Fix system vulnerabilities and scan new apps, file systems and websites to ensure your device\’s safety and your privacy in real-time. Clean your system and boost your device.

☆ Fast and handy: Scanning takes just seconds, 500% faster than other paid anti virus scanners. CM Security is also lightweight, taking up half as much phone memory as other antivirus apps . Integrated with the highest rated cleanup and boost features, your device can be lighter, faster and protected.

☆ Compatible with both phone and tablet

► AppLock & Vault – The fastest & safest applock for android in the world
Lock your photos, gallery and messages from prying eyes and nosy friends
Prevent your children from buying unwanted apps/games with applock

►Find Phone | Anti-Theft (NEW!)
The best \”FREE\” find my phone tool.
Locate your phone on a map (To control your device remotely, go to phone.cmcm.com%26sa%3DD%26usg%3DAFQjCNHbHNgGe6UW1SRmiG4GwNDfhFjTnQ&sa=D&usg=AFQjCNHPBzy-FXYk0-xHC5A2cKDkNr2MKQ\” target=\”_blank\”>https://findphone.cmcm.com)
Make the device yell to find it.
Lock the device to protect your privacy.

► ON-INSTALL SCAN
Prevent harm to your device with real-time scanning of new applications and updates.